Football in times of pandemic

Shortly after, there was a strict confinement in which there was until we contacted the authorities so that our activity was considered essential due to the risk of death and irreversible deterioration of the lawn, and to draw up specific documents so that those in charge of taking care of the playing fields could go to their jobs, not leaving the lawn for 15 days.

But from before; Even before the declaration of the first state of alarm and the first confinement, at the beginning of March 2020, LaLiga was already working on a protocol that would allow the competition to continue, guaranteeing adequate sanitary measures to safeguard the health and safety of all players involved.

All this was specified in a protocol for returning to the playing fields, the latest version of which consisted of a hundred pages and had to be reviewed word by word to ensure that it did not contain errors. 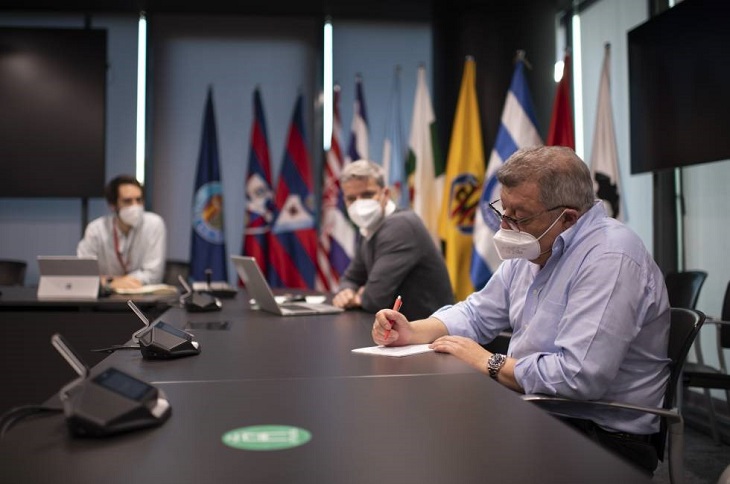 LaLiga became an example with this protocol and has been a pioneer in the introduction of figures such as the auxiliary inspector [a technician who ensures compliance with the protocol in each team] that has later been exported to the NBA.

But it is not enough to write a document; you have to apply it, enforce it. And here comes the figure of Party Directors, converted into Assistant Inspectors.

Each one of the members of the team of 35 party directors had to learn to the letter a regulation of hundreds of pages in just a few weeks and with the added difficulty that they were all locked at home.

The squads had to do a mini preseason to get ready for the competition again in record time.

No one doubts that managing to conclude the 2019-2020 season of LaLiga Santander and LaLiga Smartbank was an organizational and commitment success for all the actors involved. 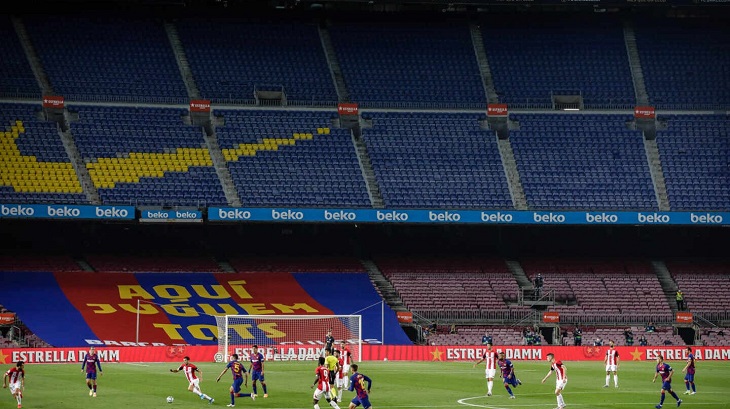 As details of the aforementioned protocol, apart from the formation of coexistence bubbles, the following can be highlighted: 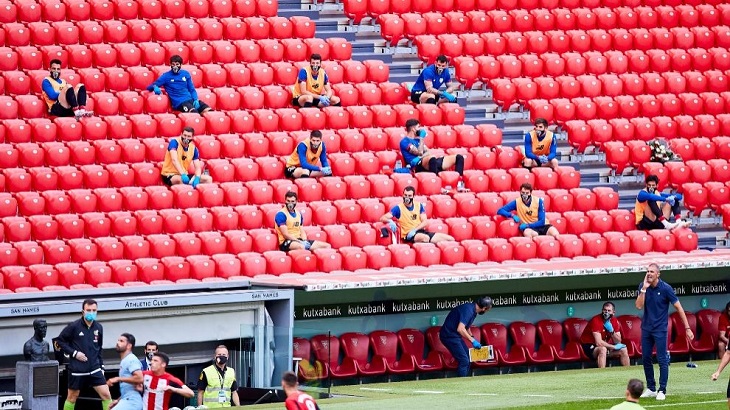 There is no doubt that it has led to changes in customs, new forms of action and changes in the planning of the preparation of matches, such as the hours necessary for the calibration of the virtual stands that has even meant that some fields had to be mowed and painted on the day prior to the meeting; But all efforts have been rewarded and the competition has been carried out, not suffering a significant impairment in audiovisual rights and, again a great success, only 4 suspensions in the 884 LaLiga Santander and LaLiga Smartbank matches. On the negative side, the inconsistency in training, the quarantines every time they tested positive, have led to a rebound in injuries to players.

There have been praiseworthy examples of professionalism among our colleagues, although we are not going to highlight any in particular because we would always leave some behind and it has affected us all personally and professionally, to a greater or lesser extent.

And now that? The season has concluded, the return of the spectators to the stadiums is beginning gradually and we all hope that the next season begins with the maximum normality possible and without further scares. We do not know how many changes have come to stay or how long it will take; but there is no doubt that the efforts of the human teams involved will succeed, once again, next season.

We are professionals in the sports grass sector. Specialized in soccer turf maintenance.